Welcome to Whiskey Jeeves, a blog distilling the best of FIRE! 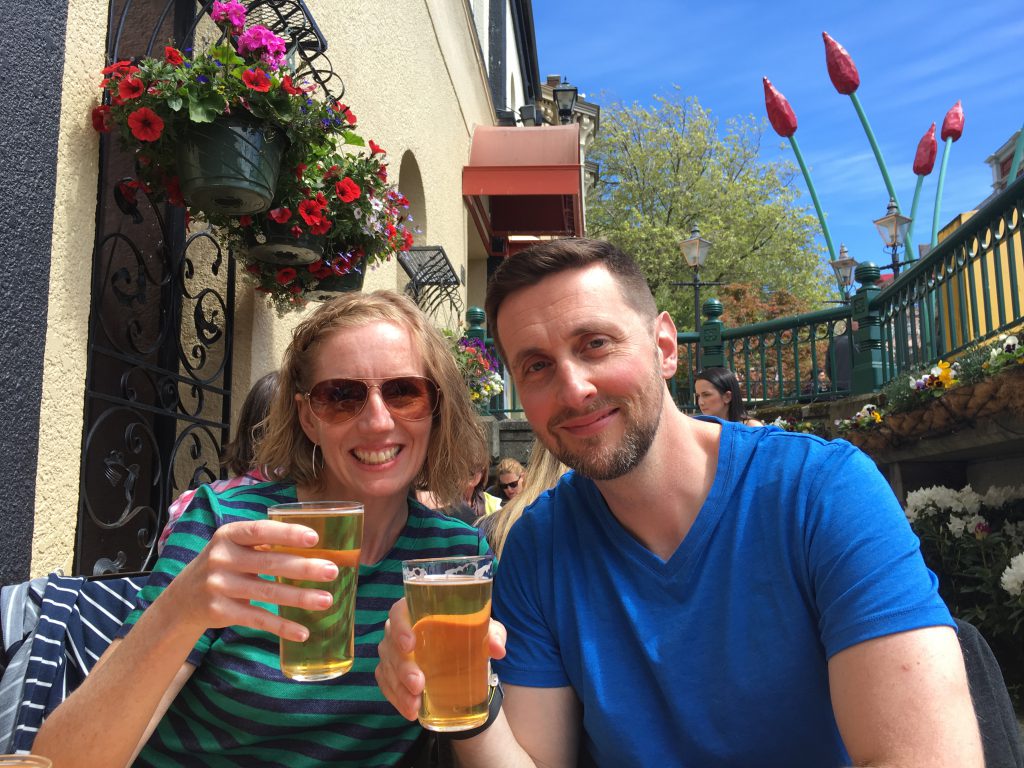 Me and Mrs. Whiskey Jeeves enjoying a pint in Victoria, BC, Canada (yes, I drink beer AND whiskey!)

Hello and welcome to my blog, Whiskey Jeeves! My name is Mike and I achieved financial independence in 2016. After 18 months of working within a large public corporation I decided to quit my senior executive job in the summer of 2018 at the age of 43. I created Whiskey Jeeves to share my experiences with FIRE in the hopes of helping people interested in financial independence and early retirement.

What’s This Blog About?

I plan to write about many different things, all related to helping people who either want to achieve FIRE or have already achieved it. Despite no longer working I’m still very interested in business topics like corporate culture, leadership, and business strategy and management. I’m a big believer in nourishing the heart and soul through mindfulness, meditation, self-awareness, and purpose. I also plan to leverage my experience with angel investing and running a $100M business to offer strategies to help accelerate FIRE (or protect it once it’s achieved).

I still struggle with saying I’m retired, as I know many others in the FIRE community do. It implies I will never earn active income again by working, which I don’t think is the case. I also can’t say for certain I’ll never have a full-time job again. I don’t anticipate needing one for the money, but other things may motivate me to go back. I do know that I want to work for money again, whether it’s advising, consulting, coaching, blogging, or as a barista! Maybe I should come up with a new term, like “untired” or “pretired”, that better captures what I am. I wrote a short post about what I “do”, which attempts to explain my current state of mind.

My journey to FIRE was a little different than folks like Mad Fientist, Mr. Money Moustache, Financial Samurai, and the other prominent FIRE bloggers out there. They were laser-focused on achieving FIRE for years in advance of quitting and super smart about how they approached it. They were diligent at saving money and minimizing their spending, and they established great side hustles (often in the form of successful blogs) before leaving their jobs.

Up until 2016 I was only saving about 15% of my six-figure before-tax income and was firmly on track to retire by age 55. The thought of retiring earlier than that never even crossed my mind! My wife and I owned a nice house with an equally nice big mortgage that we expected to pay off at about the same time we retired. We were just like many, many other Canadians and Americans, firmly rooted to our jobs working for the man and suffering from lifestyle inflation. The more money I made, the more our family of four spent. And then in 2016 everything changed for me and my family.

On Boxing Day of 2016 my wife and I turned on Netflix to watch a documentary called “Minimalism: A Documentary About Important Things“, and it changed our lives. We realized how much stuff we had and how little joy and happiness most of it brought us. Over the course of the next two days we loaded up our SUV three times with stuff that we donated to the local thrift store. Not only did it feel good to donate but it felt good to declutter and keep only those things we really needed. We still have a lot of stuff – probably too much – but since then we’ve been far more deliberate and intentional about buying possessions. It also paved the way for us to start saving more money.

The Value of Stock Options

In early 2016 the founders of the company I worked for decided that it was time for them to sell the business. It was understandable. They wanted to realize a financial return on the 20+ year investment they had put into growing the company. They hired an investment banker and began the process to sell the company.

I had been with the company since 2002 when I joined as employee #16, and like many of those early employees had received stock options. At the time the sale process was started I was also a member of the senior executive team and I managed to negotiate a bonus that would be paid if I helped to successfully sell the company. I had mixed feelings about the sale, but it was happening regardless. I could either work to make it a success for everyone (myself included), or leave, which I wasn’t prepared to do.

After a 10-month process we sold the company at the end of 2016 for a quarter of a billion (yes, “billion” with a ‘B’) dollars to a large American public company. My ownership percentage through stock options was small but our family also had a relatively modest lifestyle. I had achieved financial independence. However, unlike most other FIRE followers out there I continued to work. I was engaged and motivated in my job and in summer of 2017 I received a promotion to the top job for our division.

At the point I decided to quit I had a big title, tons of responsibility (300 people and $100M in revenue), a great team to work with in Vancouver, and was making good money. I was now saving even more money and was taking advantage of the many benefits of a big company like RRSP (401k in the US) matching and the Employee Share Purchase Program. I had it all!

But I was still just a cog in a big corporate machine, working for bosses who cared more about the numbers than the people generating the numbers, and no freedom to pursue my own passions. After much soul-searching (and one too many conference calls and budget meetings) I made the decision in June 2018 to leave.

In addition to starting Whiskey Jeeves I’m a full-time husband and father of two awesome sons. I am guided by deeply-held values and beliefs in family, empathy, curiosity, honesty, and humour. Since retiring I’ve reconnected with many old friends who I simply never had time for before. I’ve also developed a keen interest in angel investing and am working on a book about corporate culture with a good friend of mine (I’ll be writing about both of these things on this blog).

I’m a huge fan of sci-fi and anything written by Hugh Howey, and completely in love with my home province of beautiful British Columbia, Canada.  I have also been know to imbibe the occasional scotch, whiskey, or bourbon from time to time.

Thanks for reading my story, and I hope you enjoy my blog!